I don't know where August has gone.  I have been working on projects, but nothing is finished.  I'm kind of in a funk... we just moved son #2 back to Tennessee.  He goes to college there, and I'm thinking this should be his last year.  Here is a picture inside his new apartment. 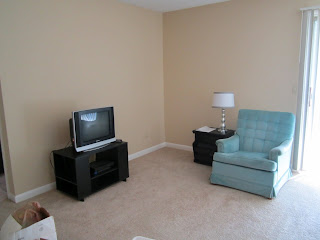 And here is a picture outside. 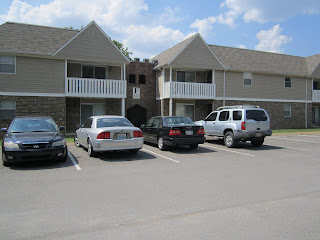 I did go to an auction a few weeks ago.  I didn't get much - I got a cat carrier and this afghan.  It was a blast from the past for me, and the price was right.  I think I paid $7.00 for it, and there were some extras along with it - a bunch of baby clothes that appear to be 40+ years old.  I'm not exactly sure what I'll do with them, but here's the afghan. 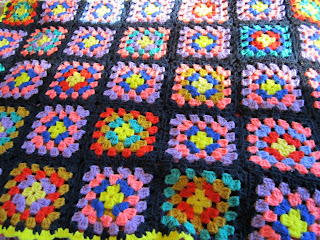 And here's the cat carrier.... she does like to sit inside of it, but at times on top seems to be better. Silly cat! 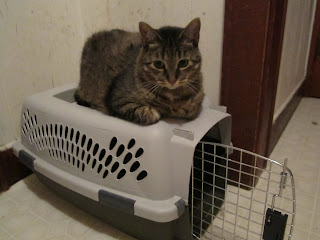 I have been working on some quilt blocks - it will be auctioned off at a local church bazaar in November. A friend asked for some help with it. I have 29 blocks done so far - only 20 more to go! 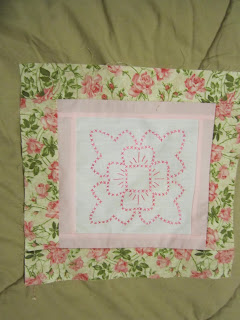 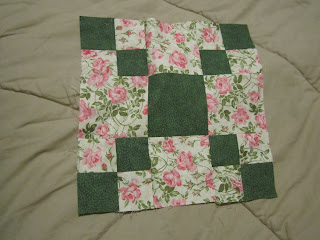 I was going to write a post last week, but kept getting an error message when I tried to post photos.  I downloaded Picasa and used that today.  It worked, but will take some getting used to.
Posted by Karen H at 10:37 PM

I love a new apartment. It is so empty, and none of the clutter that I always seem to attract.
You have a lot of blocks done. Looking forward to seeing them all together.